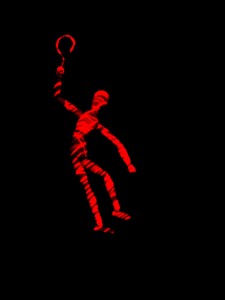 It is said that part of what makes Ramadan so special is that fasting is the only act of devotion we do purely for Allah’s pleasure. All of our other acts of devotion–prayer, charity, etc.–are purely for the benefit of our own souls, whereas fasting we do for Allah. I think a lot about the lives of saints and sages, from varying spiritual paths, often. I imagine what their lives might have been like, people who placed love of God above all things worldly. If God said jump, they jumped, and often without asking why. They made/make leaps of faith constantly. Each day many didn’t/don’t know where their next meal will come from, relying entirely, nakedly on Allah. I live in a society that prizes a particular notion of stability, which includes steady job, house, a measure of predictability. That’s called success by many. Is that perspective antithetical to being ready, willing and able to respond to the call to leap, when Allah calls?

From the time I can remember, it has been my most fervent desire to live according to the path Allah has set for me, to do whatever Allah calls me to do, no matter what. I feel that sometimes means I make choices that appear strange or incomprehensible to others, but I know what is in my heart and so I am at peace with my leaps, such as I have understood them.

What is your experience with responding to Allah’s call? Is there anything you would not do for your Beloved?